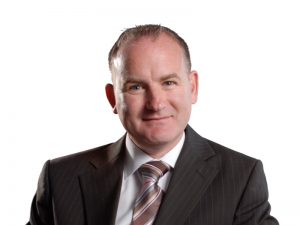 The report, entitled ‘Lethal & Illegal – London’s Air Pollution Crisis,’ has been published by the IPPR with the support of Greenpeace. Commenting on the findings, Steve Clarke, group marketing manager at Fuel Card Services, said: “Where the report sticks to current facts and figures, it is a respectable piece of analysis. Its proposals, however, are not rooted in reality.”

He said, “Some of us at the heart of the transport sector are working every day to combat climate change, making a real difference on the front line in the rainforests. When academics look in from outside and suggest hugely increasing the use of petrol-powered vehicles, we do wonder whether they have thought this through properly.”

The IPPR report asserts the need for a policy that will, “focus on driving a move away from diesel vehicles – which are at the heart of the air pollution problem – towards petrol and, ultimately only, hybrid and electric alternatives.”

Clarke added, “This might make sense once new alternatives become fully viable, but the report authors concede that sustainable transport is not yet practical. They suggest switching from diesel to petrol, but do not explain the logic of swapping one form of pollution for another. Reducing particulate pollution is essential, but surely not if it means a dramatic increase in greenhouse gas emissions.”

The report’s key finding is that, “as long as some diesel cars (along with diesel buses, taxis, vans and lorries) remain on London’s roads, the capital will remain in breach of UK law.” It continues with proposals aimed at, “the phasing out of diesel cars in the capital entirely.” It also affirms its, “aim of progressively phasing out diesel buses and taxis altogether.”

Clarke said, “They admit that, ‘It took 20 years to get from 1995 levels of diesel ownership, at 10% of London’s car fleet, to where we find ourselves today – 57%.’ Then, in the next sentence, they assume, ‘a reversal of this trend across the capital in just eight years, between now and 2025.’ They recognise that getting rid of diesel vehicles means moving to petrol for the foreseeable future, but have nothing to say about the pollution implications of that.”

Clarke led Fuel Card Services in efforts that resulted in the company becoming an official partner of Cool Earth, a leading environmental charity. Five years on, FCS remains the only organisation from the automotive sector to have achieved this.