More drivers than ever are ready to go electric but lack of charging stations is proving a roadblock on making the switch. 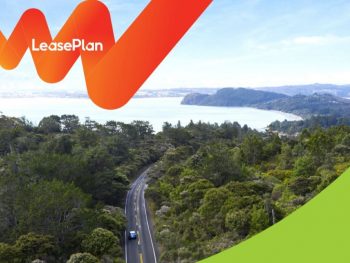 New global research from LeasePlan finds a record 65% of drivers say they now have a favourable view of zero-emission electric driving. Nearly half (44%) of all surveyed said that their opinion towards electric driving has improved over the past three years.

And the research, carried out with Ipsos for the EVs & Sustainability edition of the Mobility Insights Report – an annual survey of over 5000 drivers in 22 countries, also found strong support in the UK. A total of 58% of UK respondents said they have a favourable view of zero-emission electric driving, while half (50%) said that their opinion towards electric driving has improved over the past three years.

Over half (51%) of respondents intending to get a new car in the next five years say they will consider an electric vehicle (EV), indicating driver acceptance of EVs is now reaching a tipping point.

Drivers are increasingly seeing the cost benefits of EVs, with lower running costs topping the reasons to buy or lease an electric car (54%). Being green remains a factor for a third of respondents (34%) and government subsidies and tax benefits are key for one in five (22%).

Concerns about perceived barriers have also decreased, with 40% (down from 64% last year) of respondents citing insufficient charging possibilities and 38% (down from 62% last year) mentioning limited driving range as reasons not to buy or lease an EV.

Despite this reduction in concern over barriers, it is clear obstacles remain. For those looking to buy, purchase price is cited as the main reason that over half of respondents (55%) would hold off.

As such, LeasePlan has continued its calls for more work to be done on charging; it’s been saying for some time that the lack of sufficient charging infrastructure globally is a major road block to the transition to EVs and called for governments to work together to resolve this.

Alfonso Martinez, managing director of LeasePlan UK, said: “We’re invigorated by the willingness of drivers to adopt a greener outlook and make the move to electric, yet we’re frustrated that most of the barriers that were there last year remain. With the race on to increase adoption before 2030, we urgently need to address these issues. LeasePlan and our partners have already done the homework: last year we outlined five easy-to-implement recommendations that provide a blueprint for sorting out the embarrassing state of charging infrastructure in Europe.

Martinez continued: “Now we need to see movement. Leaders need to step up and respond to public demand by investing in a universal, affordable and sustainable charging infrastructure, with clear and attainable support for manufacturers in a post-Brexit world. Simply put, the solutions already exist – what we need to see now is action.”

LeasePlan has committed itself to achieving net zero emissions from its total fleet by 2030 while also transitioning employee vehicles to battery electric by 2021, or as soon as local conditions allow, under the EV100 programme. It’s also developed a number of tools to help fleets and drivers make the switch.