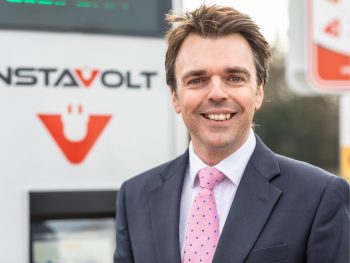 A total of 62 InstaVolt rapid chargers were set live last month, covering 20 different regions across the UK, most notably in Warwickshire (15), Greater London (six), and Oxfordshire (four). The increase in live chargers will support InstaVolt in achieving its target of delivering 5,000 chargers by 2024/25.

InstaVolt’s chief executive officer Adrian Keen said: “We’re incredibly proud to be helping the country move along the roadmap towards the green vehicle revolution, with March resulting in a record number of installations of rapid chargers. We couldn’t have achieved this without the effort from the installation team who worked incredibly hard during March to deliver the high number of new reliable chargers across the UK.

“Drivers need to have confidence in the reliability and customer service offered by public charging networks, which is why InstaVolt prides itself in being best in class for both metrics. We will use this record month to push on and continue to deliver easy to use, rapid chargers to the masses for years to come.”