Used car values dropped by a record 2.2% at the three-year, 60,000-mile point in July, according to latest figures from Cap HPI. 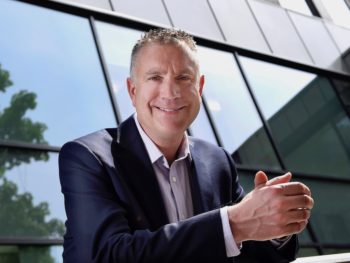 Recorded by the firm’s real-time Live product, the decline is significantly more than the usual seasonal 1.0% decline seen in July over the last five years.

It follows warnings from Cap HPI in May that used values had dropped up to 4% month-on-month as the used car market goes through a ‘market correction’. And Autorola has also recently warned that an ‘unusual’ Q2 has brought across-the-board fall in used car prices.

According to Derren Martin, head of UK valuations at Cap HPI, every movement in its Live product so far this year has been a downturn on the same month in 2017 and 2018 – with some of the traditional fleet sectors being particularly hard hit.

He continued: “The largest drops in Live in July were in the large executive and luxury executive sectors, with both falling out of favour with buyers, due to a reluctance to invest in big-ticket items. Drops have averaged over 3% for both sectors, which are significant amounts of around £800 for large executives and over £2,000 for luxury models.”

The upper-medium sector saw a noticeably higher drop in the value of diesel cars over the last few weeks, driven by volume and an abundance of similarly specified ex-fleet cars.

Electric cars moved back in-line with the overall market with more acute drops at the top end. Cap added that some models looked relatively expensive compared to similar petrol and diesel models. Tesla models, in particular, have seen some reductions of late, not helped by some inconsistent new car pricing affecting the used market.

Martin continued: “Diesel car values dropped at a slightly higher rate than petrol ones, as they have done during every month this year, but it is marginal. With Clean Air Zones appearing, there could well be some regional bias on pricing going forward and wholesale vendors would do well to be mindful of this when choosing where to sell, and we have already seen the early signs of this in our retail data. While there are some signs of recovery, the used car market is certainly not buoyant.”