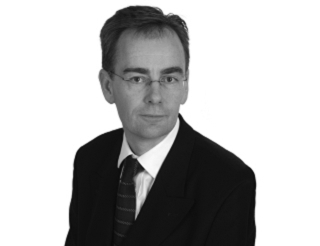 Ever wondered what dealers think of the car brands they represent? Clearly you would rather your drivers take their cars to a dealer who is fired up about their brand, rather than one who feels they are not reaping the full benefits of their relationship and are probably looking around for another sign to hang over their door.

Twice a year the National Franchised Dealers Association poll the views of their members to see exactly what they like and dislike about the car brands they represent; this is the good, bad and ugly without spin. Carmakers use the NFDA's Dealer Attitude Survey to benchmark their performances against key competitors and some directors are incentivised upon securing a good showing. It's a big deal.

As a piece of research it is impressive in its length and depth with dealers invited to rate the brands they represent with points out of 10. The areas researched range from the current and future profitability of the car brand and the margins they set on new cars, the level of investment required of dealers and the frequency of new products to whether they would recommend the franchise to others. The killer question though takes into account everything: How would you rate your manufacturer overall?

So which brands would you expect to do well here? Naturally the prestige brands do rather well with Mercedes topping the list followed by BMW and Lexus; although Audi is rated seventh, Land Rover tenth, while Jaguar languishes just four places from the bottom at number 25! Just for the record the worst performer was, somewhat surprisingly, Skoda followed by Alfa Romeo and Volkswagen, a worrying signal for the brand as this was before ‘Dieselgate’.

However, one brand which consistently does well in the NFDA surveys is Kia. Scoring above average in every category and achieving a respectable fourth placing overall, the brand has some of the chirpiest dealers in the country.

This is good news for fleets who maybe took a bit of a flyer on Kia when it was an up and coming budget Korean brand more suited to the consumer end of the market. However, all that has changed with its seven year warranty, which is still the best in the business, it's delivery of desirable looking cars and the stepping up of European car production in Slovakia.

"We take the results in the NDFA survey seriously and look at ways that we can improve our services to the dealers and ensure that they can further trust the brand," said Simon Hetherington, business development director at Kia Motors UK.

"In the current climate we are listening to our dealers and working on maintaining our positive relationships with them."

Kia is clearly delighted with its rating and will see it as a useful stepping stone to achieve its recently stated ambition of taking the green car leadership by 2020. Although this is a global ambition, the UK company car sector will play an important role in helping it to achieve this target.

Presently the brand only offers sub-100g/km options across its Rio and Cee'd ranges and the zero emission electric plug-in version of its Soul. The brand has done a reasonable job establishing a fledgling Soul EV network and will have 19 participating dealers across the UK by the end of this year. Significantly these dealers are not all city-based, with smaller rural sites outside St Austell in the south west and Coatbridge in Scotland, part of the expanding network.

"By expanding our EV specialist dealer network, we are giving a wider range of customers across the UK the opportunity to go electric. The EV is not just an urban vehicle and the breadth of our network demonstrates that," said Ian Wilson, Kia's national franchise manager.

However, this number will need to grow significantly to meet Kia's global ambitions which includes 11 new green models by 2020 ranging from hybrids and plug-in hybrids to battery-electric and fuel cell-electric, many of which will come to the UK.

First up will be a fleet-friendly model to challenge the Toyota Prius; a plug-in hybrid versions of the new generation Optima, Kia's D-segment saloon. The model will be Kia's first hybrid to be sold in the UK and will bear the PHEV designation made popular by Mitsubishi.

Sales will start before the end of next year but the wait looks as though it might be worth it. With its new 2.0-litre four-cylinder GDI petrol engine paired with a 50 kW electric motor and 9.8 kWh lithium-polymer battery back, the emphasis is on high performance and ultra low emissions. The brand claims a 27 mile range in pure electric mode, a combined figure of around 119mpg and a sub-three hour charging time.

Meanwhile user-choosers will be pleased with the in-built differentiation over the new generation of diesel-only Optimas that go on sale in January, with the PHEV boasting an active grille, with neat opening and closing vents, different front and rear bumpers, feature chrome and an EcoPlugin badge.

Kia's ambitious green thinking is likely to strike a chord with fleets and will potentially give dealers another reason to be cheerful.