Reality Check: WLTP, RDE and the impact for fleets

A new testing regime is being introduced later this year aimed at providing a more accurate reflection of a car’s fuel economy and emission. Julian Kirk finds out what’s in store. 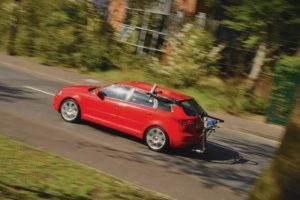 Within the next two months the European Parliament will vote to finalise the structure of a new way of assessing and monitoring fuel economy claims and emissions from new cars – ushering in two new acronyms which will soon become common among fleet operators.

The first is WLTP, or Worldwide Harmonised Light Vehicle Test Procedure, and the second is RDE – Real Driving Emissions. Both will result in what is claimed will be far more representative figures for a car’s average fuel economy performance, and exhaust emissions.

WLTP replaces the Europe-wide NEDC test which is currently applied to all vehicles. Now widely discredited – independent on-road testing by Emissions Analytics has shown fuel consumption is underestimated by around 30% – NEDC will morph into WLTP from September. It will run alongside the RDE test which will complement laboratory tests by measuring pollutant emissions in real conditions on the road.

The WLTP test aims to offer a more representative fuel economy figure thanks to differences in the testing regime. Firstly, it will take into account optional equipment fitted to cars, such as bigger alloy wheels, lower suspension, etc. Although the tests are still conducted in a laboratory, they include higher speeds which are more representative of real-world driving, and it will also feature more aggressive braking and acceleration.

However, the EU warns that “even though WLTP will be more accurate, it will not cover all the variations globally – and certainly not each individual driving style. There will, therefore, still be a difference between emissions measured in lab conditions and the real world, as driving behaviour, traffic and weather conditions will continue to differ from one country to another”.So while the new fuel economy tests will be representative for now, the RDE test could have the bigger impact on the fleet market. Its more accurate emissions data, could form the basis of more stringent motoring-based taxes in the future – potentially tying in with the Euro VII regulations pencilled in to launch alongside the new Benefit-in-Kind mechanism post-2020.

The eventual transition to WLTP could cause confusion, too, according to Phil Stones, chief engineer, powertrain at Millbrook: “There’s going to be a time where you’ll have two identical vehicles that are a model year apart, that could have completely different CO2 and fuel consumption figures just because they’ve been approved over different drive cycles,” he says.

“In terms of fuel consumption and what the end-user gets, it will make no difference, but if a vehicle is tested over a different cycle and gets a different CO2, that’s what it’ll be declared with. The exact same vehicle could, by default, fall into a higher tax band.”

This, coupled with issues of generating ever more data on vehicles, is causing concern among the fleet industry. The BVRLA points to the extra work which will be generated for its leasing company members, who will have to expand their systems in order to accept the additional data that is being provided by their suppliers – for example, an NEDC figure and a WLTP figure as well as additional entries for cars fitted with optional equipment such as larger alloy wheels.

A BVRLA spokesman said: “The process of quoting prices to customers may become more complicated as it will need to take into account the impact upon emissions of optional extras, such as roof racks.”

Matt Freeman, managing consultant at cap hpi, agrees: “The new testing regime has wide-ranging impacts across the supply chain. We have been engaging with manufacturers to understand their current position about generating the new WLTP data. The majority are working through the requirements with their head offices in Europe, and this information will then be shared with the UK.”

The RDE test also has the potential to disrupt the new car market because in a bid to reduce pollutants such as NOx, most diesel vehicles will be required to have selective catalytic reduction systems installed – essentially AdBlue tanks to filter exhaust emissions. This will lead to increased costs and the potential to see smaller diesel models disappear because of cost and packaging issues (AdBlue tanks typically being around 10 litres). Indeed, both Volkswagen and Renault have intimated that small-capacity diesels will not be financially viable within the next few years.

The new WLTP test may also result in reduced economy claims for vehicles such as plug-in hybrids, by potentially factoring in mileage completed on the electric motor.

We’re yet to see any official results from the WLTP testing programme, but some manufacturers have already issued some advance data based on simulations running the new testing protocols. 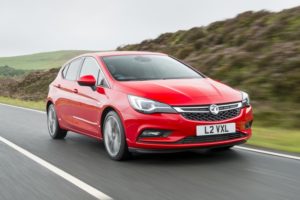 Elsewhere, and indicative of the trend, data for the new Volkswagen Golf shows increased emissions and lower fuel economy for some versions – the new GTD hatchback, for instance, has seen claimed average fuel economy fall from 64.2mpg to 60.1 – this is down to Volkswagen taking a decision in the wake of Dieselgate to not ‘push the limits’ in terms of economy testing.

In the course of the development of WLTP, the Joint Research Centre (JRC) of the European Commission has tested 21 petrol and diesel vehicles, on both the current European type approval test procedure (NEDC) and the progressive versions of the WLTP. The results (which should viewed as an initial indication) showed minimal average differences between CO2 emissions over the NEDC and WLTP tests.

This ties in with the thinking at Arval – its fleet consultant David Nicholas said: “We expect to see official MPG figures reduce while CO2 ratings will increase. However, until we see any real comparison data from manufacturers, we do not know for definite the extent of this. It’s also likely that the difference between the two testing programmes will impact individual models in different ways.

“From an operator’s perspective, assuming the new figures reflect real life more accurately, they will provide greater insight into the potential wholelife cost of a vehicle prior to purchase and will make fuel management a much more refined and accurate process in terms of individual driver and vehicle performance.”

The WLTP figures will be generated for newly type-approved vehicles from September 2017, but HM Treasury has confirmed to the BVRLA that it will not be using CO2 values from WLTP for tax purposes (both VED and company car tax) from this September.

A BVRLA spokesman said: “During a transitional period between September 2017 and 2020, new vehicles will have correlated NEDC and WLTP type approval values to allow a comparison.

“The WLTP is expected to provide CO2 emission and fuel consumption values that are more representative of real driving conditions than figures from the NEDC test, and as such, estimates suggest that CO2 emissions could be anywhere from 10 to 20% higher than those generated by the NEDC test.

“Our priority now is working with HM Treasury and HMRC as they look to agree a suitable moment to move the tax system to WLTP.  We are urging policymakers to understand the need for any changes to be well-signalled and for there to be a smooth transition.” 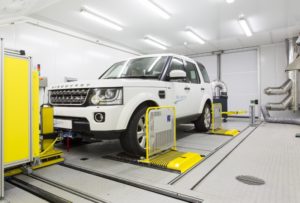 UK facilities including Millbrook (pictured) are set up to carry out WLTP-compliant dyno tests.

The Road to WLTP: