The gap between official fuel consumption figures and real-world performance in the EU has quadrupled since 2001, hitting an all-time high, new figures suggest. 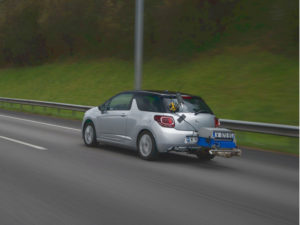 Latest research by the International Council on Clean Transportation (ICCT) and the Netherlands’ Organisation for Applied Scientific Research (TNO) finds the discrepancy between the figures now stands at 45% for company vehicles and 39% for privately owned vehicles – with an overall figure of 42%.

Based on data for more than 1.1 million vehicles from eight European countries, the study follows previous research in 2013 that found the average gap stood at around 25% – from 10% in 2001.

However, the ICCT noted a slowdown in the rate of increase in the gap for the first time ever, in particular for company cars – and said that with all new cars set to get ‘real-world’ figures within the next year under the new WLTP protocol, the gap is expected to halve under the new procedure.

However, Dr Peter Mock, managing director of ICCT Europe, added that even WLTP contains new loopholes that could permit the performance gap to increase again in the future.

“Further actions are therefore required, in particular on-road testing of fuel consumption and CO2 emissions under real driving conditions and a not-to-exceed limit for the real-world gap, as it already exists for air pollutant emissions today,” he explained.

ICCT research also found that similar gaps between official and real-world CO2 emissions exist in China, Japan, and the United States but the largest gap since 2001 has been seen in Europe.