Land Rover is launching the first Range Rover Sport with a four-cylinder diesel engine, which brings pricing under £60,000. 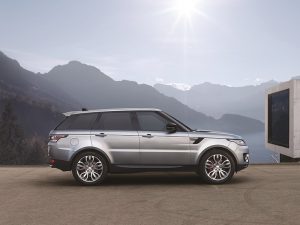 The 2017 model will get a 240hp version of the all-aluminium 2.0-litre ‘Ingenium’ diesel engine used in the Evoque, which offers 45.6mpg fuel economy on the combined cycle and 164g/km CO2 emissions.

Priced at £59,700 on the road and only offered in the HSE trim, it introduces a £3,400 lower entry point for the range. CO2 emissions and fuel economy match the diesel hybrid, which starts at £75,200.

Despite its compact size, the new diesel engine takes the Range Rover Sport to 62mph in eight seconds from rest, and it produces 369lb/ft of torque. This could be shared with other Jaguar Land Rover products, though the carmaker has not confirmed any plans to do so.

The 2.0-litre diesel joins the range alongside a package of new technologies, including active towing and blind spot assistance and an intelligent speed limiter, which can respond to road signs. The 2017 Model Year also gets a new 10-inch infotainment display with the InControl Touch Pro system used in the Jaguar XF.