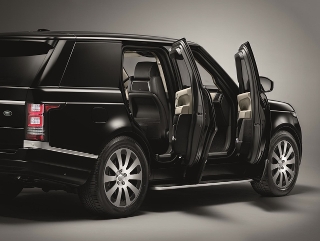 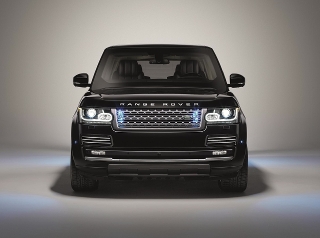 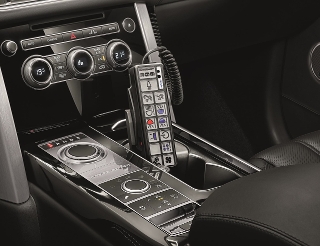 Based on the Range Rover Autobiography, the Sentinel is the first luxury armoured vehicle to be fully engineered by Land Rover’s Special Vehicle Operations (SVO) and uses specially developed six-piece armoured passenger cell, made of super-high-strength steel. The standard glass has been replaced by multi-laminated armour privacy glass that offers bullet protection.

As a result, the vehicle is said to be able to withstand penetration by 7.62mm high velocity, armour piercing incendiary bullets and delivers lateral protection against up to 15kg Trinitrotoluene (TNT) blasts and defence against DM51 grenade explosions from both beneath the floor and above the roof.

The Range Rover Sentinel is fully certified to VR8 standard against ballistic threats by QinetiQ, an independent organisation that was formerly part of the British Government’s Defence Establishment Research Agency.

The Sentinel also brings updated suspension, an anti-tamper exhaust, a self-sealing fuel tank, auxiliary back-up battery and a split charging system as well as run flat inserts in the tyres. There’s also an Emergency Escape System behind the rear seats.

Optional protection features include under floor and under bonnet fire suppression systems, a customer configurable siren system, emergency service lights and an external speaker system to address people outside the vehicle from the safety of the cabin.

John Edwards, managing director of Jaguar Land Rover Special Operations, said: “The Range Rover Sentinel is one of the most extraordinary Range Rovers ever produced. It has been expertly engineered by Special Vehicle Operations to provide class leading levels of protection to occupants against extreme attack, whilst retaining the Range Rover’s luxury and refinement with off road capability."

Guide price starts at under €400,000 (£292,288) and the Sentinel also comes with a three-year, 50,000-mile warranty. Additional global aftersales support includes scheduled visits each year by a specialised technician.

The Sentinel will make its global debut at the Defence and Security Equipment International Exhibition at London’s ExCeL arena from 15 to 18 September 2015.