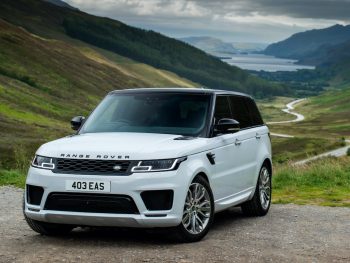 The replacements to the previous V6 and V8 diesels, the new engines join the ranges alongside the plug-in hybrids and come with 300 and 350hp outputs. For the Range Rover, the new mild-hybrid 3.0-litre D300 Ingenium diesel is capable of up to 33.0mpg on the WLTP test cycle, emitting from 225g/km CO2. The more powerful D350 achieves up to 30.8mpg with CO2 emissions of 241g/km on the WLTP cycle.

The new units join the growing range of RDE2-compliant diesels in the Jaguar Land Rover line-up. Such diesels avoid the 4% Benefit-in-Kind diesel surcharge – benefiting drivers but also operators too through reduced Class 1A National Insurance Contributions – and also qualifying for lower Vehicle Excise Duty. However, in the case of the new Range Rover and Range Rover Sport diesels, they already sit in the maximum 37% BiK bracket.

The new engines have been introduced alongside a range of MY 2021 updates for both models, including special edition models and the introduction of Apple CarPlay and Android Auto as standard across the range, with 4G Wi-Fi connections for up to eight devices.