Range Rover Evoque Convertible due in 2016 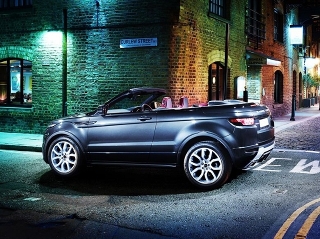 Set to be the only soft-top option in the crossover class, it’s likely that the production version will be almost identical to the concept (pictured) but with the styling alterations from the facelifted model which will launch late this year.

This will also mean it will include versions with Jaguar Land Rover’s new Ingenium 2.0-litre diesel engine which returns up to 68mpg and emits 109g/km in the hard-top Evoque in two-wheel drive form.

Gerry McGovern, design director and chief creative officer at Jaguar Land Rover, said the company had built up a business case for the new model, and said it would have the off-roading capability expected from a Land Rover product.

The Range Rover Evoque is the brand’s fastest-ever selling model, with 400,000 sold since it launched in 2011. Of those, 80% are new customers to Land Rover, and 60% are buying their first SUV, McGovern added.