Addressing anxieties about electric vehicle ranges and charging times remains key to driver acceptance of EVs, although greater education is also needed on the financial benefits and incentives of adopting them. 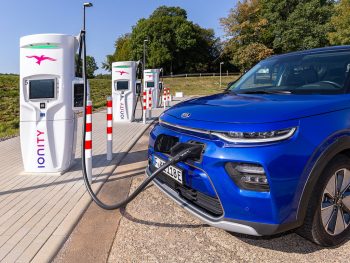 New research carried out in the UK by the Ionity high-power charging network found that 50% of non-EV drivers associate driving an electric vehicle with searching for charging stations and 45% said they had concerns that EV charging takes too much time.

A total of 28% also said they would be incentivised to buy an EV by having more charging points in their area.

Meanwhile, 34% said alleviating range anxiety through greater EV ranges would convince them to make the switch (34%).

The research among Brits, part of a wider analysis of drivers in Europe, echoes the findings of a recent progress report by the Competition and Markets Authority (CMA) on its investigation into the UK’s charging infrastructure.

Part of a market study being held by the CMA over 2021 to help shape competition in charging and build driver trust, the progress report has unearthed particular – and “significant” – challenges regarding the provision of on-street kerbside charging, alongside prominent issues with the motorway infrastructure.

The CMA report said: “From the evidence received so far, it appears that there are some overall issues impacting the sector but also some differences in the way that competition is developing and particular challenges arising in the provision of charging in certain settings (i.e. segments).”

The CMA added that while the ongoing work will continue to look broadly at the overall EV charging sector from the focus of competition and investment, it intends to focus in more detail on the en-route rapid/ultra-rapid charging, in particular on motorways, and on-street slow/fast local charging, either on the kerbside or in local hubs.

The Ionity research among drivers also shows that more work is needed to inform drivers on EVs and the financial incentives for going electric. A total of 78% of Brits said they were uninformed on e-mobility while 46% said the current financial incentives were not motivating enough. And only 41% of non-EV drivers were aware of tax breaks and government grants compared to 90% of EV drivers.

The research echoes findings last year from the Go Ultra Low campaign that awareness among fleets of the 0% Benefit-in-Kind rate on EVs for the current tax year – and the 1% rate for the 2021/22 tax year – was worryingly low.

But the Ionity research showed that UK drivers are aware of the eco benefits of EVs; 34% of respondents said the main reason for owning an EV would be to reduce their carbon footprint – putting it in top place – followed by the 29% who said an EV would save them money in maintenance costs.