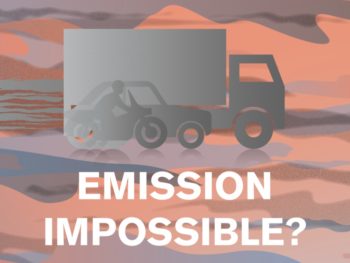 The think tank is calling for higher fuel duty, especially on diesels, and an ongoing diesel VED surcharge

Its recommendations include lifting the freeze on the value of fuel duty and applying a ‘diesel duty’ surcharge on fuel duty while also introducing an ongoing VED diesel surcharge for diesels. Although this already exists for non RDE2-compliant diesels for the first year of VED, the report suggests the diesel surcharge be carried over to ongoing VED payments; a move it says should be introduced in the next tax year. Meanwhile, the think tank says particulate matter filters should be installed, checked and cleaned on all petrol cars through the annual MOT while VAT should be scrapped on the purchase of all categories of ULEVs in the UK.

It also proposes that the speed limit in all urban areas is cut from 30mph to 20mph and says that legal duties should be placed on all local authorities to achieve compliance with relevant legal air pollution limits within their geographic area of responsibility – but adds that they should be able to “reasonably” profit from Clean Air Zone schemes to fund clean-air projects. And the general public should be able to report any vehicles seen idling.

As a further recommendation, the report says the UK should adopt the World Health Organisation’s (WHO) guideline limits for concentrations for all health-harming air pollutants as soon as possible after a feasibility study by the OEP or a new Committee on Clean Air.

Research by Bright Blue also found backing from the general public for concerted effort on air pollution, including current EU pollution limits despite the UK’s planned departure from the EU. A clear majority (69%) of adults agree that the Government should reduce air pollution below current levels. And interestingly, when asked whether the UK should have cleaner air then other EU countries, roughly half (49%) of adults thought the UK should have cleaner air, and only 9% thought the UK should not.

William Nicolle, researcher at Bright Blue and co-author of Emission impossible?, said: “The UK’s departure from the EU means that there is an opportunity to raise air pollution standards in the UK.”

He added: “This country should aspire to be a global leader on yet another environmental issue, and strive to become the country with the cleanest air in urban areas in the developed world.”