The RAC has published its at-a-glance guide to travel this weekend as it warns of particularly heavy traffic for today and Friday. 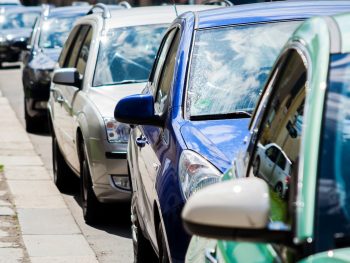 Schools in England and Wales break up for the summer this week and, due to ongoing international travel restrictions, a ‘perfect storm’ on the UK’s roads is developing as millions travel by car for staycations.

And this is due to bring an incredibly busy few weeks on the country’s roads.

A study by the RAC and transport analytics expert Inrix suggests an estimated 11.5 million leisure trips will be made by car between today and the end of the weekend.

Today (21 July) and Friday (23 July) are expected to be the busiest days on the roads during this particular period, with around 2.6 million and 2.3 million leisure trips made by drivers respectively.

As a result, journey times are likely to be severely affected, with Inrix predicting a 29% increase in delays on Friday, compared to typical July travel times.

Data from Inrix also indicates that some of the hotspots for jams will be sections of the M25, the A303 in Wiltshire, the M1 in the East Midlands and the M4 west of Newport in South Wales – in addition to other usual hotspots, such as the M5 through Somerset and Devon and roads leading to other popular destinations like the Lake District and the South Coast.

Separate figures released by the RAC last week indicate the summer of 2021 is likely to bring “unprecedented” traffic levels. Just 7% of UK drivers say they expect to take a holiday elsewhere in Europe this summer, down from 10% who said this when questioned in April – with a third of those still hoping for a foreign trip saying they will holiday in the UK instead if they have to.

Bob Pishue, transportation analyst at Inrix, said: “With the possibility of record numbers of people using the roads this summer, drivers – especially around major metro areas – must be prepared for more delays. Knowing when and where congestion will build can help drivers avoid the stress of sitting in traffic, and our advice is to leave as early in the day as possible and to avoid travelling on Friday afternoon if at all possible.”

Beat the queues: An at-a-glance guide to travel this weekend

Previous: British Gas and DriveTech on shortlist for Brake fleet awards
Next: Behaviour change ‘as important’ as electrification in transport decarbonisation, say experts