Race to Road: How electric technology is jumping to the mainstream

With electrified vehicles rapidly encroaching into fleet lists, Jonathan Musk takes a look at how electric technology is making its way from race to road. 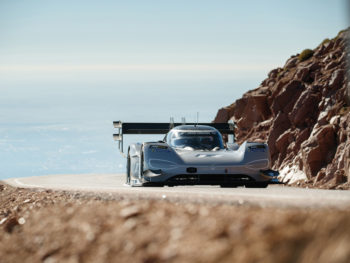 10 carmakers have signed up to join Formula E over the next couple of seasons.

For decades, winning at the gruelling 24 Hours of Le Mans has required a hybrid, which has proven to be the only means of propulsion that manages the critical blend of performance and economy. Audi reigned supreme, followed by Porsche and this year Toyota. Each had hybrid systems, but apart from name the technology bore little resemblance to hybrids in the showroom. And of the marques mentioned, only Toyota really capitalised on the racing connection. The hybrid systems vary in design, with some using capacitors, batteries and even flywheels to take rapid recuperative energy from hard braking. What they all had in common, however, was the use of electric power to fill torque-band gaps in the highly strung engines they complemented.

So how does this fit in with fleets and making difficult business decisions when choosing your next car – and why should you care?

Enter new kid on the block: Formula E, where battery-electric racing cars hammer around closed-off international major city centres. The comparisons between road and race are plentiful, and more importantly the developments being made on track are steadily working their way into road cars that we’ll all be able to enjoy.

Race to road is, of course, nothing new. While certain race technologies remain firmly for track use only, like slick tyres, other race series, including Formula 1, have given us engineering developments ranging from fuel economy and engine efficiency to aerodynamics. Williams Advanced Engineering (WAE) is a subsidiary of Williams F1, created to facilitate getting Formula 1 engineering into other walks of life. This largely stemmed from the company’s KERS systems (kinetic energy recuperation system) used in F1 and its subsequent work with Jaguar Land Rover on projects including the ill-fated C-X75 hyper plug-in hybrid. Following this, WAE developed a proprietary material capable of encasing high-performance lithium-ion batteries that could withstand a direct 1,000ºC flame for five minutes without so much as breaking a sweat. The same material then worked its way into Formula E batteries, which WAE mercifully stood up to the task of creating for the Formula’s first four seasons. Race-to-road-to-race, then.

As Formula E has matured over four years, the series has increasingly presented itself as an opportunity for manufacturers to exploit its global exposure while also serving as a vital learning platform.

No fewer than 10 carmakers have signed up to join Formula E over the next couple of seasons including heavyweights BMW, Nissan (replacing Renault), Mercedes-Benz and Porsche, joining existing teams run by Audi, DS, Jaguar and more.

Although Formula E cars do use some shared components, such as the battery, manufacturers are using the Championship to develop new powertrains. The formula has already moved from 200 to 250kW power output, as well as slightly larger cars to accommodate a battery that’s now 54kWh compared to the original generation’s 28kWh yet with only a 50kg weight penalty, such is the progress in the technology.

There’s also a strong focus on reliability moving into the forthcoming season too, with cars being used for qualifying as well as the main race event, whereas previously different cars could be used and drivers swapped car halfway through a race, negating any damage that might have been picked up in their first stint. These developments of the series have accordingly made the racing more road relevant.

To single one team out, Jaguar joined Formula E in season three, yet gained significant and essential knowledge ahead of launching its first electric road car, the I-Pace. Adding exposure for the brand as, like many others, it transitions to an electrified future, a new I-Pace Trophy series will act as support races to each Formula E event.

From DS to Jaguar, each Formula E team intends to use track-learnt knowledge to further electric expertise for road cars and arguably there is more to learn than from motorsports where internal combustion plays a pivotal role and developments have, largely, already been made.

Formula E’s development roadmap is laid out to encourage the use of cutting edge rather than tried-and-tested electronics. Teams are given free reign to implement their own proprietary technology over progressive seasons to replace shared components too, such as the battery. This piecemeal attitude has proved to be sensible, with the first derivative vehicles featuring teams’ own electric motors and powertrains from season two. Everything from single speed to multiple-speed transmissions ensued, with each team aiming to find the most efficient blend of performance and powertrain. The variety in powertrains is enormous, yet the competition remains exceptionally close with it not uncommon that two-tenths of a second can separate 10 drivers.

The technological developments being made in Formula E should play a key role in its own success story, but importantly you could soon find yourself behind the wheel of a car that’s been directly aided by advancements made on track. Today’s race cars are leading tomorrow’s road cars.

Formula E is the tip of a very large iceberg. Electric racing has already proven itself in other realms, with Volkswagen taking the 12.42-mile course record at the 2018 Pikes Peak International Hill Climb, with a mesmerising time of 7 minutes 57.148 seconds – smashing the long-standing petrol-car 2013 record set by Sebastien Loeb in his Peugeot by more than 15 seconds. The Volkswagen I.D. R Pikes Peak used two Formula E motors and was built using the firm’s MEB platform – a direct relation to road-going electric vehicles the company intends to mass produce from 2020.

“In a race environment you’re going as fast as you can for as long as you can. The materials and the process of design we’re using have real-world transfers that we’re already looking at to incorporate into future electric vehicles and research.

The gestation period for a production car is significant, whereas the race car has a much shorter gestation period. We work around one and a half generations ahead of ourselves. From an I-Pace point of view, there’s little carry over from the road car to the race car, but the other way around we race to innovate and that’s really about technology transfer from the race track to the road. The learnings that we’ve taken from our involvement in Formula E that is going into future Jaguar and Land Rover electric vehicles, particularly in terms of powertrain design.

“The hardware isn’t always the same, because there are very different duty cycle requirements and service intervals, but there’s a significant amount of learning when it comes to packaging and lightweighting. The processes that we go through, to get weight to an optimal level, are really relevant to production cars.

“Software and controls is another major area of Formula E. Once the race cars are homologated by the FIA, you can’t change hardware in season, therefore one of the only things you can do is improve software and control systems.”

Thermal management is another area, Barclay explains: “The thing with the batteries isn’t just about the energy used, but it’s also about the operating temperature. Sometimes you’re more temperature-limited than you are range-limited, particularly in Formula E where we often race in very hot environments, so managing temperatures is absolutely critical, and for production cars as well.”