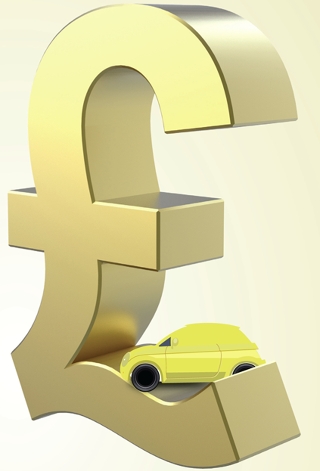 RAC chief engineer David Bizley said: “The Conservatives’ continued commitment to investing in the strategic road network to ease congestion and add resilience, and tackling the perennial problem of potholes, is a positive sign, although there is little that is new here.

The £15bn Road Investment Strategy was published in December 2014 and motorists will simply want to see that the associated projects are delivered to plan. On potholes, what is needed is firm action that tackles the route cause which is a chronic under-investment in preventative maintenance over many years. Local authorities need the certainty of adequate funding over a sustained period, so they can plan their maintenance programmes more effectively.

“There is no commitment in the manifesto to continuing the freeze on fuel duty, the toughest form of taxation on the motorist, in the long term. Indeed, this is something that is also lacking in other party manifestos. While this suggests there is little appetite to look at this, we call on all the main political parties to make their position on fuel duty crystal clear, so that motorists are not unfairly hit with a nasty surprise when the new government takes office after May 7.”

RAC chief engineer David Bizley said: “The Lib Dem plans for a reform of Vehicle Excise Duty (VED) will require further scrutiny, as ultimately motorists will want to know whether or not they may end up paying more in tax.

“There is an important balance that would need to be struck here. On the one hand it is right that the tax system incentivises the purchase of more efficient vehicles; however for many years VED has been a sliding scale based on a vehicle’s CO2 emissions, which incentivised the widespread purchase of new diesel cars. The RAC is looking for reassurances that any new tax bandings would not unfairly penalise such motorists who previously chose diesel in good faith based upon advice from scientists and encouraged by the Government.

“On fuel, motorists in rural areas would welcome the continuation of the fuel discount scheme. The RAC was pleased to see further locations benefit this year but there are many more remote communities that rely heavily on their vehicles, yet get stung with considerably higher fuel costs than those in our towns and cities.”

RAC chief engineer David Bizley said: “While the promise from Labour to place a greater focus on improving local roads – something the RAC has long since called for – is to be welcomed, on behalf of motorists we would like clarity on what exactly is the party’s position on the strategic road network.

“On the one hand, the party states it ‘support[s] long-term investment in strategic roads’, but on the other reports indicate it plans to divert funds destined for two much-needed projects in Somerset and Hampshire to help fund a cap on rail fare increases. These two projects are fully costed, should have strong economic cases, and formed part of the previous Government’s Road Investment Strategy (RIS), which was sold to motorists as such a long-term vision for our strategic roads.

“It would be a serious retrograde step for the nation’s roads if the RIS itself is now gone back upon, before there has been time for it to deliver tangible improvements to our roads. Is there also a risk that, as other spending cuts take hold, delayed projects actually never end up seeing the light of day?”