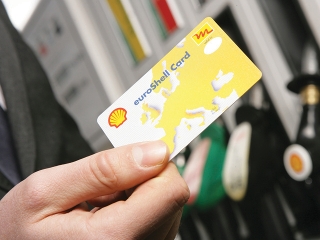 In its statement, the RAC pointed to evidence of a marked increase in journeys and mileage following the dramatic fall in pump prices brought about by the price of crude oil halving since the middle of last year.

RAC fuel spokesman Simon Williams added: “It’s hard not to think that business is being taken for a ride by the fuel retailers. Traditionally, business runs on diesel, and with sales of diesel at an all-time high the retailers have maintained a higher margin on diesel, perhaps to subsidise petrol sales.”

In response, PRA chairman Brian Madderson said: “The PRA is encouraged by the volume increase in February – which shows that there has been an overall improvement in the economy, and that motorists are taking advantage of much lower pump prices (approx. 20ppl lower) than in March 2014.”

Following statements from the RAC suggesting that businesses are “being taken for a ride by the fuel retailers”, and that “the prevailing view is that businesses are less price sensitive than consumers”, the PRA said it believes these comments fail to acknowledge the increasing impact of fuel cards, with the majority of transactions made on such cards mainly being diesel due to the tax incentives.

It added that many LCVs and company cars will be also be utilising a fuel card based on Platts related pricing.

Madderson continued: “Due to the way that fuel cards work, the majority of transactions are re-purchased at an agreed rate and the retailer then receives a ‘card commission’ for that transaction. Rates for fuel cards have not significantly changed since the schemes started some 25-30 years ago, and the margin returns back to the retailer for the fuel transaction are minimal.

“Therefore the independent retailer often selling up to 4 grades of road fuel, has to obtain a financially acceptable average margin to ensure that the business is producing sustainable returns.

“Currently the margin available on petrol is extremely low – and so higher margins may be taken on diesel after adjusting for the severe margin depressing effect of fuel cards to the independent retailer sector.”