By Contributor / 2 years ago / Interview / No Comments 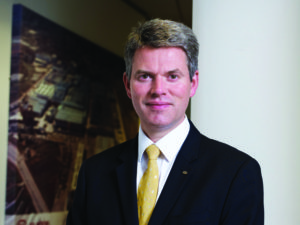 Has there been a change of fleet attitudes since the Clean Air Plan was released?

If you read the detail, it’s conventional petrol and diesel only that will be banned. 2040 is a long way away, and before then our cars will have some form of electrification. We have announced that by 2020, we’ll have 14 different electrified cars, either pure electric, plug-in hybrid, or hybrids.

Are we seeing the business change? Yes, we’re seeing our diesel mix of sales decline and petrol and alternative fuel sales increase, but not to any extent that worries us. We can flex the production mix.

Ultimately, this will be determined by a variety of taxation measures. Vehicles are required to cut CO2 and a diesel is 20% better than a petrol. We’re moving forward with lower displacement turbo GDI petrol engines, so our 1.0-litre sales are growing too.

There are a whole mixture of things happening, specifically in the fleet business. We have a range of engines that will see our fleet business grow, in a market that’s dropping.

Has this forced any fleet strategy changes?

No, our sales are actually up 6% year-to-date, about 7% in fleet and about 4% in retail. So we’re going to have another record year, which is good news.

The market is getting tougher, since the end of March it has declined. From April through to December, the market could be down anywhere between 8 and 10% and that’s a fairly significant shift.

We won’t be forced off strategy, 2017 was always going to be a big year for us for new products. Four new products in a year helps maintain consistent strategy and we’re growing ourselves, meaning we’re not being forced off path.

What about a diesel comeback? Will the demand for smaller petrol engines and alternative fuel powertrains continue?

Diesel is with us for the long-term, but I think it will become less important going forward, considering more hybrids and plug-in hybrids – making some significant savings in terms of CO2. These are major changes in emissions and fuel economy, which have to be attractive to the fleet buyer. That is going to come largely from diesel rather than petrol.

Is it a challenge to make fleets understand hybrid and electric-powered cars?

It’s no different for any customer. For 100 years we’ve had the choice of petrol and diesel, suddenly we’ve got the choice of electric, plug-in hybrid electric and hybrid. I don’t think it’s going to be a step change overnight, but we can see awareness growing now of EVs and hybrids and that can only drive sales going forward. As more people become aware of the benefits, they will buy into new powertrains.

We have to keep the range simple and easy to understand, which is why cars like Niro come in as a dedicated hybrid. We’re keeping the other plug-in hybrids on Optima at the moment, where we get the biggest improvement in CO2. So keeping the complexity down and managing the model and powertrain together.

I think the Fleet Manager has the choice of 30 brands. If each of them has a complex range, then it’s difficult to find the right product for their users. What we have to do, is make the Kia range simple and easy to understand.