The rising number of public chargers in the UK continues to show good progress, although the regional distribution of chargers remains uneven and fleets are being urged to consider their own infrastructure. 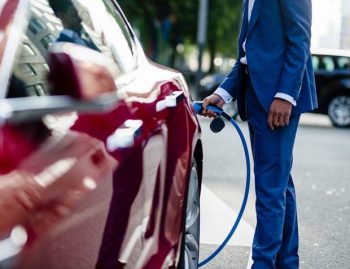 Latest Department for Transport figures show that there were 19,487 public electric vehicle charging devices available in the UK as of 1 October – up 18% in the year to date. Of these, 3,530 were rapid devices and the figures also show the number of rapid charging devices has increased nearly ten-fold since 2015.

The total number of chargers also grew in Q3; with an extra 1,222 devices available in total, up 7% on the previous quarter. A total of 324 of these were rapid devices.

But the DfT says there is uneven geographical distribution of charging devices within the UK. Most of the provision of this infrastructure has been largely led by private sector investment, with individual charging networks and other businesses (such as hotels) choosing where to install devices. Installations by local authorities are still not being optimised; some have bid for UK government funding – via OLEV grants – some have not.

Charlie Jardine, founder and CEO of EO Charging, welcomed the increase in chargers, saying: “We look forward to seeing this number grow as electric vehicles are set to be an essential part of how we ‘build back better’ from the Covid-19 pandemic.

“Whilst increasing the availability of public charge points is an important step in overcoming the barriers to EV adoption, 59% of vehicles on roads are company vehicles so businesses must carefully consider installing their own EV charging infrastructure. We’ve seen much evidence of businesses leading the way on this in recent months, with significant demand from our customers transforming their fleets across the UK and Europe from diesel and petrol to electric.”

RAC data insight spokesman Rod Dennis also said the overall picture was positive but added: “There’s still a way to go and the focus now needs to be on installing as many fast chargers as possible, given that less than a fifth of public chargers are rapid. While the speed of fully charging an electric car can’t compete with the five minutes or so it takes to fill up a petrol or diesel model, a greater number of faster charge points could help tempt more people to ‘go electric’ sooner.”