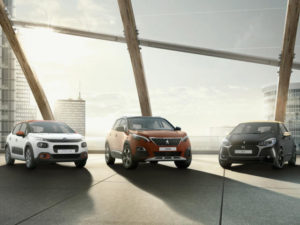 PSA Group has revealed real-world fuel consumption for more than 1,000 versions of its vehicles.

The web-based application enables users to view data for their particular model by entering vehicle details. The application is available on the brand’s website in six countries – France, Germany, United Kingdom, Italy, Spain and Switzerland – and will be rolled out in the rest of Europe.

The figures follow on from a test protocol established with Transport & Environment (T&E) and France Nature Environnement (FNE), which measured consumption in real driving conditions for 58 PSA Group models under the supervision of the Bureau Veritas certification organisation, with the results extrapolated for more than 1,000 versions of models.

Greg Archer, director of clean vehicles at Transport & Environment, said: “The partnership with PSA Group highlights three key issues. First, that on-road tests to measure real CO2 emissions are reliable, representative and reproducible. Second, that a car company recognises there is consumer demand for robust real world information. And third, in an era of ‘alternative facts’ and dishonest manipulations of emissions tests one company has seen transparency and openness as the way to re-establish trust with its customers – more carmakers need to follow its lead.”

The individual sites can be found on the brand’s respective country websites under the Technology sections.