Transport for London (TfL) has set out proposals for a new Cycleway in East London that would transform roads between Hackney and the Isle of Dogs. 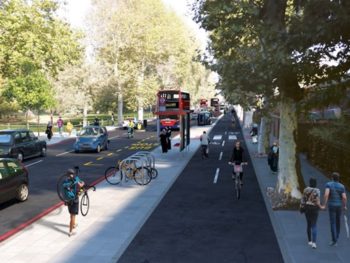 The plans would see neighbourhoods including Victoria Park, Mile End and Limehouse connected by a new Cycleway

Currently out for consultation, the plans would see neighbourhoods including Victoria Park, Mile End and Limehouse be connected by a near five-mile Cycleway while also introduced improved pedestrian crossing and traffic reduction measures.

The proposed Cycleway is the first new cycling route to be consulted on from TfL’s Strategic Cycling Analysis, which used data to identify 25 areas which showed the best potential for growing cycling numbers.

David Hughes, TfL’s director of investment delivery planning, said: “Our plans to transform streets between Hackney and the Isle of Dogs as part of the proposed Cycleway would be a major boost to the capital’s walking and cycling network and would enable even more people to switch from private cars to less polluting forms of transport. Our consultation on the first sections of the scheme will give people who live, work, visit and study in the area a chance to shape our proposals and we value feedback from everybody who would like to have their say.”

The consultation is available on the TfL website at tfl.gov.uk/cycleway until 21 June.