This Christmas could see fewer jams that affect large parts of the road network thanks to a more even spread of travel. 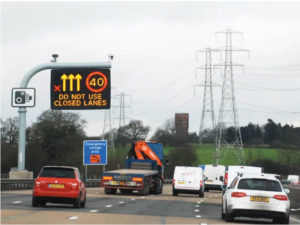 Drivers this year have a chance to space out their Christmas getaway journeys.

That’s according to the RAC, which says with Christmas falling on a weekend for the first time in five years, drivers have got an opportunity to space out their journeys.

While Christmas Eve is expected to see the most getaway journeys, with 3.8m planned, Friday 23 December could end up being the busiest day on the roads, as 3.5m leisure travellers battle with commuters.

Christmas Day is expected to see a similar level of getaway traffic, again totalling some 3.5m separate journeys. In total the Christmas getaway will see 28 million trips take place this side of Boxing Day.

RAC Traffic Watch spokesman Rod Dennis said: “Unlike in recent years, we’ve got a significantly extended Christmas getaway this year. With Christmas Day on a Sunday, and with most schools having broken up, it means many more drivers this year have a chance to space out their Christmas getaway journeys – and that is exactly what our latest data is suggesting.

“The fact we have a lengthy ‘pre-Christmas stretch’ this year is not to say there won’t at times be heavy traffic on the road network through the week, perhaps peaking on the 23rd when many workers finish for Christmas and leisure and commuter traffic take to the roads together. But we’re hopeful things won’t be quite as pressured on our motorways and major A-roads this year as they have been before.”