CO2 emissions of new cars sold in the EU continued to fall last year but at a slower rate. 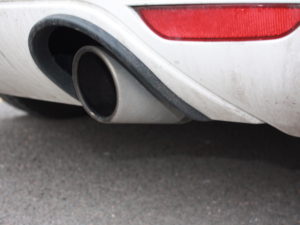 The 1.4g/km reduction in 2016 EU new car emissions compared to 2015 is the smallest annual improvement recorded over the last decade.

Provisional data published by the European Environment Agency (EEA) shows average new car CO2 emissions in 2016 were 118.1g/km – down 1.4g/km (1.2%), compared to the previous year but marking the smallest annual improvement recorded since 2006.

The EEA figures follow the recent publication of UK new car CO2 figures from the SMMT. The research shows average new car emissions in the UK fell for the 19th consecutive year in 2016 – down by 1.1% to a new low of 120g/km – but the SMMT warned that changes in consumer buying behaviour away from diesel in 2016 caused the rate of progress to slow along with a slowdown in demand for alternatively fuelled vehicles.

The provisional EEA figures also show that the share of diesel vehicle sales declined for the second year running in 2016 and fell below 50% of new sales — the lowest share of new sales since 2009 according to the official statistics. However, diesel absolute sales still increased by more than 192,300 vehicles compared to 2016 and diesel cars still remain the most sold vehicle type in the EU representing 49.4% of new sales, followed by petrol vehicles (47%), and alternatively fuelled vehicles (3.3%, including electric vehicles).

Sales of battery electric vehicles continue to increase, but at a significantly slower rate than in earlier years. Around 64,000 pure battery-electric vehicles were registered in 2016, a 13% increase compared to sales of 57,000 in 2015. The largest number of registrations were recorded in France (22 689 vehicles), Germany (11 472 vehicles) and the UK (10 268 vehicles).

Electric and plug-in hybrid vehicles together still remain a small fraction of total sales, accounting for 1.1% of all new cars sold in the EU. Combined sales of these vehicle types fell by around 3,200 vehicles compared to 2015 when they comprised 1.2% of registrations.

The EEA data also shows that while official European new car emissions have decreased by more than 22g/km or 16% since 2010, the latest research shows that annual improvements in vehicle efficiency need to significantly increase in each of the coming five years in order to achieve the second average emissions target of 95g/km by 2021.