Volkswagen has announced details of additional engines for its reworked Passat a month after orders opened for the initial line-up. 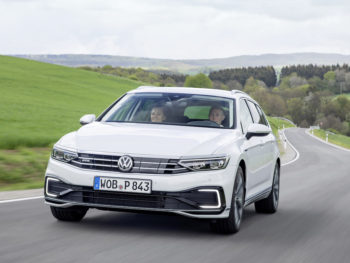 Available to order now, the updated Passat GTE has a longer electric-only range of 33-36 miles (WLTP-rated) and is priced from £36,390 OTR for the saloon and £37,920 for the estate; down by £1,635 compared with the outgoing Passat GTE. Although the old GTE accounted for one in 10 Passat sales, the new model is expected to take one in four.

VW has also added an entry-level 1.5-litre TSI EVO to the line-up, featuring Active Cylinder Shutdown, which can shut down two of the four cylinders under low-load conditions to save fuel. It’s priced from £25,370 OTR for the SE trim saloon with six-speed manual gearbox and £26,970 with a seven-speed DSG transmission.

The engine is the first VW brand diesel to use Active Cylinder Shutdown and brings significantly lower CO2 emissions compared with the previous version of this engine; in entry-level saloon SE guise, WLTP CO2 stands at 134g/km with 55.2mpg (WLTP combined). When the manual transmission arrives later this year this version is expected to account for most Passat sales in the UK.

The new Passat also debuts a number of new technologies for the Volkswagen brand such as Travel Assist – which brings partially automated operation at up to 130mph, where legal – and wireless App Connect; both provided as standard.