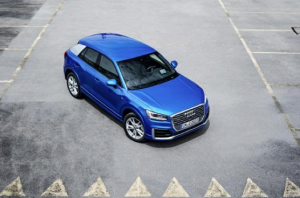 Audi has announced pricing and specification details for its new Q2 compact SUV, which is available to order from August priced from £20,230.

Scheduled to start first deliveries in November, the new model is the fourth in the Audi Q line-up, positioned underneath the Q7, Q5, and Q3, and measures 1.51 metres tall and 1.79 metres wide with a vehicle length of 4.19 metres and a wheelbase of 2.60 metres.

A six-speed manual transmission will be offered as standard, with the option of the seven-speed S tronic dual clutch transmission for all engines bar the 1.0 TFSI and this will be standard for the 2.0 TDI.

From mid-2017 a 2.0 TFSI petrol engine available solely with quattro all-wheel-drive and S tronic transmission will be introduced, along with quattro versions of the 148bhp TDI and TFSI engines with quattro drive. 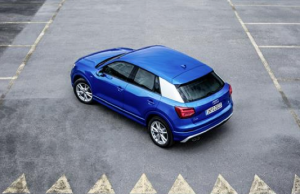 Front-wheel drive versions get semi-independent suspension at the rear, while the quattro models have a four-link suspension. Progressive steering is standard in all versions.

Three specification levels – SE, Sport and S line – are available from launch. Entry-level SE versions bring standard features including the Audi smartphone interface, which supports Apple CarPlay and Android Auto displayed via the MMI screen once a phone is plugged in via USB. A Bluetooth interface is also standard, as is the MMI radio plus with MMI controller and heated, electrically adjustable exterior mirrors and 16-inch alloys. 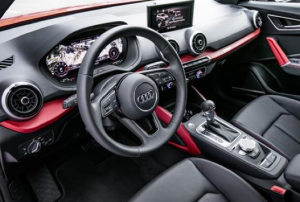 An exclusive Q2 design feature is the contrasting blade on the C-pillars. On SE it is finished in Manhattan grey, in Ice silver on Sport and matt Titanium grey for S line models. All of these colours are optionally interchangeable and Ibis white is also separately available.