BMW has revealed pricing for its new 7 Series plug-in hybrid model, which is on sale now.Marking the debut of the carmaker’s i technology on the 7 Series, the 7 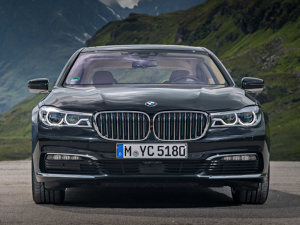 combines a 254bhp four-cylinder petrol engine with a 110bhp electric motor, giving a total 322bhp and a 0-62mph time of 5.4 seconds. Married up with an eight-speed Steptronic automatic, the 740e offers an electric-only range of 29 miles and official combined fuel consumption of 134.5mpg.

Previous: Order books open for refreshed Volkswagen Up
Next: Beyond retail therapy – Why RRP is important to fleets