Pothole-related breakdowns up 64% in Q1

The number of motorists recovered by RAC patrols due to pothole-related breakdowns rose for the first three months of the year compared to the same period in 2019. 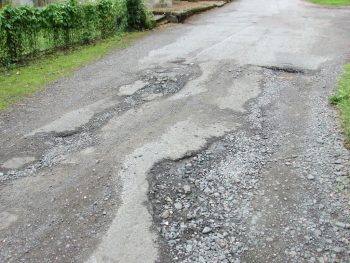 The number of motorists recovered by RAC patrols due to pothole-related breakdowns is up 4.5% on the first quarter of 2019

Data from the RAC Pothole Index shows some 3,426 motorists were rescued in the first quarter; up by 150 or 4.5% on the first three months last year.

But with the coronavirus lockdown having come into force on 23 March – which means there were nine days when far fewer cars were on the country’s roads – the actual number of pothole-related breakdowns may have been higher under normal conditions.

The RAC data also shows a massive 64% increase of 1,337 in pothole-related breakdowns compared to October to December 2019 (2,089) but the organisation added that the jump from the last three months of the year to the first quarter of the next year is always the largest as winter weather is the worst for wearing down roads.

The RAC figures also show that breakdowns related to damage most likely due to poor road surfaces made up 1.6% of all the RAC call-outs for individual members in the first quarter of 2020; considerably up on Q4 2019 when the figure stood at 0.9% but also marginally up (1.5%) on the same period a year ago.

The organisation said the catastrophic flooding seen in some areas between November 2019 and February 2020 was bound to have taken its toll on overall road surface quality.

However, the RAC’s Pothole Index – said to provide an accurate long-term indicator of the health of the UK’s roads – suggests the overall standard of the roads has improved a little.

The Index currently stands at 1.6; down from 2.3 in the same period last year and slightly down on Q4 2019 (1.7). But this does mean that drivers are still 1.6 times more likely to break down as a result of pothole-related damage than they were back in 2006 when the RAC first started collecting data.

RAC head of roads policy Nicholas Lyes said: “In his Budget in March, the Chancellor committed to funding our local roads and it is clear that the economic recovery as the UK emerges from the Covid-19 pandemic will need to be built on solid infrastructure – which of course needs to include good quality roads.

“Moreover, it will also be interesting to see if lower traffic volumes during the UK’s lockdown will help prevent further deterioration of roads as fewer wheels going over weaknesses in the asphalt should contribute to less surface wear.”