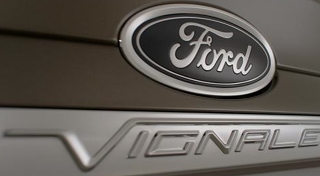 So says Glass's, which points out that Audi, BMW and Mercedes now sell so many cars – almost as many as brands like Ford and Vauxhall – that it believes any genuine sense of exclusivity has all but disappeared for many of their more popular, family-orientated models.

Rupert Pontin, head of valuations, said: "This is not to say that the German prestige brands have lost all their cachet. This is not true. Their more exclusive models remain luxury choices but, while most of the vehicles they make are well built and desirable, cars like the Audi A1 and BMW 2 Series Active Tourer indicate that a large part of their aspirations very much lie with the volume market.

"This situation has been made even more acute by the high level of penetration of PCPs into the market. These have made prestige brands much more affordable and helped to create a situation where even middle wage earners can potentially afford to drive vehicles that, even a few years ago, took ‘real' money.

"A gap has therefore opened up in the market for new brands to enter that, so far, has not really been convincingly filled. These cars would have to have the same or a higher level of desirability as the established German brands but, crucially, be less common and perhaps a little less conservative in their approach."

The obvious contenders at the moment were probably Lexus and Jaguar Land Rover, Pontin added, with the latter being by far the more convincing proposition.

"In the long term, Jaguar Land Rover would probably like to be selling as many cars as the German brands but for now they are still a slightly less obvious choice. Crucially, they are maintaining a good balance between sales success and exclusivity. Certainly, if you live on a road where there is a BMW 3-Series or Mercedes C-Class on every drive, the new Jaguar XE has a degree of cachet by comparison.

"Lexus, by comparison, only ever seems to have gained a degree of the credibility of a true prestige brand but vehicles such as the new NX 4×4 are undoubtedly desirable and could perhaps help gain ground."

Pontin added that even some mainstream manufacturers had also spotted the gap in the market for a wider prestige or near-prestige choice, with Citroen launching the DS brand and Ford offering Vignale.

"These are interesting developments, DS especially. It offers a substantially different proposition to anything else on the market. However, it is likely to remain strongly identified with its parent brand for the foreseeable future and will face the problem of most new premium brands in that it simply takes so long to build a genuine reputation. We are talking of a question of decades rather than months or years."