Police are cracking down on uninsured driving with the first ever national enforcement awareness week. 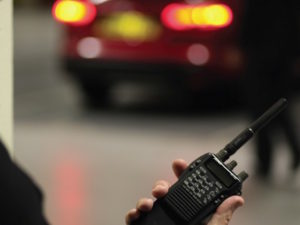 Around 3,000 uninsured vehicles a week are seized by police

Organised by the Motor Insurers’ Bureau (MIB) and the National Roads Policing Intelligence Forum, Operation Drive Insured is expected to significantly increase the number of seizures of uninsured vehicles.

The campaign will also put the national spotlight on the issue of uninsured driving and its impact and show how police are working alongside key partners to tackle the issue. Nationally, MIB estimates that 1 in 38 vehicles on the UK’s roads are driven uninsured.

However, despite not having any postal districts in the top 20, London has the highest number of uninsured vehicles overall; out of a total estimated number of vehicles of 3.1 million, 191,000 of these vehicles are estimated as uninsured, equating to 6.1%.

Neil Drane, head of enforcement services at MIB, said: “Nationally, we have managed to reduce the estimated total number of uninsured drivers from 2 million in 2005 to 1 million now. This is in part due to police powers to seize vehicles since 2005; writing to all drivers where doubt exists that they have insurance as part of Continuous Insurance Enforcement since 2011, and running public awareness campaigns. However, this figure is still too high and is a burden on all honest motorists.”