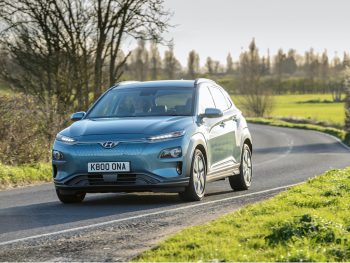 The force has set out a highly ambitious Fleet Strategy to have its first ultra-low emission blue light fleet in use by 2030 and the major deal – which represents Hyundai’s largest pure electric vehicle fleet order to date – will play a key role in its work. Police Scotland also announced last week that it’s deploying more than 1,000 charging points to support its new fleet.

The new vehicles will also make significant contribution towards the Scottish Government’s legally binding target to cut greenhouse gases to net-zero by 2045, while also reducing fuel and maintenance costs.

The Kona Electrics, which join other EVs on the fleet, were chosen by Police Scotland for their usable range of up to 300 miles, technology and practicality.

Their immediate availability was also a key selling point; delivery of the first Kona Electric vehicles to Police Scotland will begin this month – within weeks of ordering – with the full order due to be fulfilled by March 2021.

Deputy Chief Constable Will Kerr said the Fleet Strategy would achieve a “sustainable, flexible service which meets the needs of our fellow citizens while also providing a modern, fit-for-purpose fleet for our people to use in the course of their work”.

“The gradual transition of our unmarked fleet from our current internal combustion engine vehicles to ULEVs will also assist with improving the existing fleet, as the age and mileage thresholds for replacing existing vehicles is being reduced. This means officers will have use of more modern vehicles while reducing maintenance and repair costs, at the same time as increasing the resilience of our contingency fleet,” he added.

Previous: Arval returns to FMG for accident management
Next: Government must press on with reforms to support active travel, says Brake