Police forces across England have kicked off their annual month-long operation against drink and drug driving. 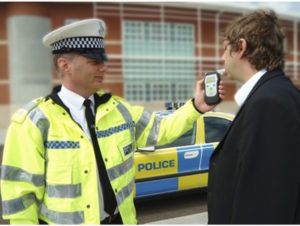 As well as deploying intelligence-led tactics and local knowledge of hotspots, this year will also see police share social media campaigns to remind people that it is never worth taking the risk of driving while intoxicated under the influence of drugs or alcohol.

The latest campaign follows the summer drink and drug driving operation when 45,267 motorists were breathalysed with 4,539 (10.0%) testing positive, refused to provide or failed. There were also 2,588 drug screening device tests administered, 1,028 of which 39.7% were positive.

In addition, the Government’s annual THINK! drink drive campaign has also started and will target young men through Facebook, Twitter and Spotify, with 5.4 million British males aged 25 to 34 on Facebook alone – the highest single demographic.

Road Safety Minister Andrew Jones said: “Drink driving destroys families and ruins lives, yet some reckless drivers continue to take the risk and get behind the wheel after drinking – particularly young men who account for almost two thirds of drink drivers killed on our roads.

“We have some of the safest roads in the world and deaths from drink driving have fallen significantly over the last 30 years, but it is still responsible for the deaths of 5 people every week. This Christmas we are specifically targeting the biggest perpetrators of this devastating crime – young men, but our message to everyone remains the same: don’t drink and drive.”