Chargemaster’s Polar network is now the largest rapid charging network in the UK, according to the firm, following the installation of the 300th unit. 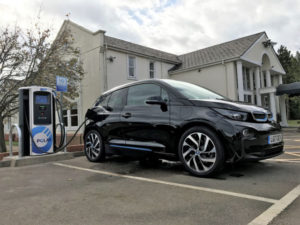 Chief executive David Martell said, “Increasing the number of rapid charge points across the UK is an important priority in supporting the uptake of electric vehicles. We are adding new rapid chargers to the POLAR network every week and now have units within five minutes of half of all M25 junctions, with others positioned along the Strategic Road Network and at other popular destinations.”

Chargemaster offers its Ultracharge rapid charger units to site hosts at no cost to them, including installation, with the latest rapid charge points on the Polar network available to Polar Plus members via the subscription service.

Previous: Renault bolsters electric vehicle experience with new fleet appointments
Next: The road sign that can detect if drivers are using mobile phones