By Jonathan Musk / 1 week ago / Latest News, Today in Fleet / No Comments

Prime Minister Boris Johnson is to announce mass investment in the country’s infrastructure, including £100m towards 29 road projects. 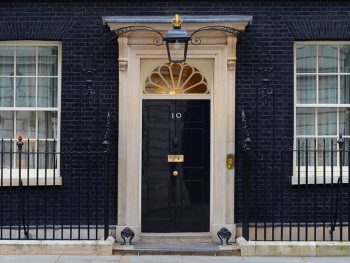 In a speech in the West Midlands, the Prime Minister will underline his commitment to ‘build, build, build’ in order to upgrade Britain’s infrastructure and skills to fuel economic recovery across the UK.

In total, up to £5bn is anticipated to be invested across the country, including £100m this year for 29 projects in the road network. The £100m is expected to be spent on a wide range of projects from bridge repairs in Sandwell to boosting the quality of the A15 in the Humber region. Plus £10m for development work to unblock the Manchester rail bottleneck, which will begin this year.

A further £500k-£1m will be allocated to 101 towns selected for “town deals”, which can be spent on projects such as improvements to parks, high streets, and transport.

To support its ambition to ‘build build build’, in the Autumn the government also plans to publish a National Infrastructure Strategy which will set a clear direction on core economic infrastructure, including energy networks, road and rail, flood defences and waste. Additionally, further projects in Scotland, Wales and Northern Ireland will be reviewed to look at how best to improve road, rail, air and sea links between the four nations.

Transport Secretary Grant Shapps said: “As the country begins the recovery from Covid-19, we need to get on the front foot and invest in infrastructure in every region to reignite the economy, helping better connect people with opportunities in the future.

“By investing £100m in local roads and reaffirming our commitment to better connecting communities, we are not just talking about levelling up – but making it happen.”

Paul Hollick, co-chair of the AFP, commented: “Obviously, the investment is very much welcome news to fleet operators. There has been a significant lack of investment in UK roads over the last decade, and road improvements are essential to support our member’s activities. We do hope the government has processed the changing shape of travel on UK roads in a post COVID-19 era, to ensure the money is well spent.”

Other investments include £1.5bn for hospitals and healthcare; over £1bn to kickstart a ten-year school rebuilding programme plus a further £760m to repair and upgrade schools and FE colleges; and £285m towards courts and prison services.

In terms of the environment, the Prime Minister is expected to recommit to reforest Britain by planting over 75,000 acres of trees every year to 2025.

Further announcements regarding jobs are expected to also be made, while Chancellor Rishi Sunak will provide an update on the economy next week.

Criticising the announcement, in infrastructure terms it’s just a drop in the ocean, the GMB Union said, with £5bn not even enough to fill half of the potholes in England and Wales. The one-off cost of clearing the backlog on England and Wales’s pothole-ridden local roads is estimated to be £11.14bn (based on the Asphalt Industry Alliance’s, Annual Local Authority Road Maintenance Survey released earlier in March this year).

Jude Brimble, GMB National Secretary, said: “Five billion sounds like a lot – but in infrastructure terms it’s just a drop in the ocean. It wouldn’t even meet half the cost of filling in the potholes in England and Wales. To get our economy back on its feet we need a proper recovery plan based on sustained infrastructure spending targeted to create and keep good quality jobs.”