Vauxhall sees its electric and plug-in hybrid cars and vans as a “massive opportunity” to attract new fleet customers, helped by a broadening product offer and potential new incentives for business users. 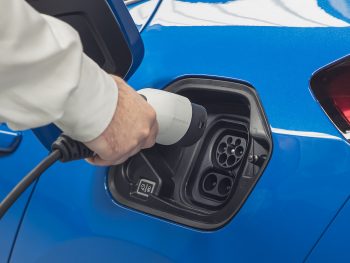 Within five years the carmaker will have plug-in variants of every car and van it sells. The first are due within 12 months, comprising a battery-electric Corsa, Mokka, Combo and Vivaro and two plug-in hybrid versions of the Grandland X, followed by roughly two launches per year until the mid-2020s.

James Taylor, the company’s general sales director, told Fleet World: “I’m upbeat on electric. I think we have got a massive chance in fleet, particularly with commercials. You will have customers where, whoever their incumbent manufacturer is, they just haven’t got that car with that solution so they’re going to have to look elsewhere. It’s a massive opportunity to get out and talk to new people.”

Marketing initiatives are paying off, he added. Early order takes for the Corsa-e and Grandland X had been strong enough to secure extra volume for the UK market, to 8,000 and 4,000 units respectively. Both are positioned as a mainstream offer; the Grandland X features specific Business Edition trim levels for user-choosers, with reduced P11d to minimise tax liability and maximise residual values for low lease rates.

Three-quarters of plug-in hybrid customers are expected to be company car drivers and, though the Corsa-e will be retail-weighted, a similar unit volume could go to fleets too.

But, Taylor said, the contents of the March Budget – which is expected to shore up proposed company car tax reforms laid out last July, including the 0% band for fully electric vehicles – will be a vital market stimulus for the company car market.

“There probably still isn’t the awareness of just how much money you’re going to save with an electric car. But I think once we get into the new tax year and have the Budget (which will perhaps stimulate a bit more press coverage as well), I think it will build. I’m convinced the market is going to move to electric, and move quicker than we’re forecasting.”