The grant schemes for electric cars and vans are being cut, bringing reduced funding for drivers making the shift to electric vehicles and only now applicable to cheaper electric models for cars. 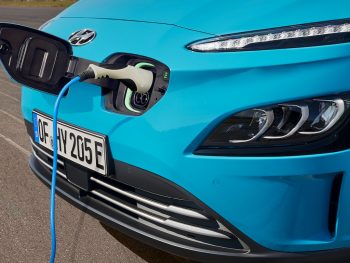 The car grant will also now only apply to EVs priced under £35k – the ceiling limit had already been cut to £50k for cars in last year’s Budget and the latest move will eliminate a large number of electric vehicles which the Department for Transport (DfT) and Office for Zero Emission Vehicles (OZEV) said are “typically bought by drivers who can afford to switch without a subsidy from taxpayers”.

The Government added that the number of electric car models priced under £35,000 has increased by almost 50% since 2019 and more than half the models currently on the market will still be eligible for the grant.

The DfT added that its rationale is to enable the funding to last longer and be available to more drivers. It’s made a total £582m of funding available under the schemes that’s “intended” to last until 2022 to 2023. The DfT also said it had “been clear since 2018 that we intend to reduce the Plug-in Car Grant” and that it will continue to review the funding as the market grows and the price of EVs continues to fall.

Transport Minister Rachel Maclean said: “The increasing choice of new vehicles, growing demand from customers and rapidly rising number of charge points mean that, while the level of funding remains as high as ever, given soaring demand, we are refocusing our vehicle grants on the more affordable zero emission vehicles – where most consumers will be looking and where taxpayers’ money will make more of a difference.”

The Government added that the current “favourable” company car tax rates will remain in place – rates are currently set out until 2024/25, although the fleet sector has repeatedly called for clarity on rates until 2030 when the ICE ban kicks in.

The changes have already come under fire from within the fleet and automotive sectors, with the Society of Motor Manufacturers and Traders (SMMT) saying it’s “the wrong move at the wrong time”.

“Cutting the grant and eligibility moves the UK even further behind other markets, markets which are increasing their support, making it yet more difficult for the UK to get sufficient supply. This sends the wrong message to the consumer, especially private customers, and to an industry challenged to meet the Government’s ambition to be a world leader in the transition to zero emission mobility.”

Speaking mid-2020, the SMMT had highlighted how crucial financial incentives are to drivers considering making the switch – it had even called for the PiCG to be fully reintroduced for plug-in hybrids.

She continued: “The cost of the electric cars currently available on the market remain higher than their petrol or diesel counterparts and it is vital that buyers continue to be incentivised. Additionally, commercial vehicles keep the economy running, as the recent increase in LCV registrations demonstrates, and this reduction will have a significant impact on small businesses and sole traders.

“Sales of electrified vehicles have been performing well but they still represent a relatively small proportion of the overall market; the timing of the cut to the grant is unfortunate as a number of private customers are currently waiting for showrooms to reopen to get familiar with new types of vehicles, including EVs.”

And speaking prior to the 2021 Budget, the fleet industry had spoken about the need for “powerful” grants and tax incentives.

Commenting on today’s announcement,  BVRLA chief executive Gerry Keaney said: “Given the surge in battery electric vehicle adoption, it makes sense for the Government to reconsider where and how it uses grants and incentives, but today’s move is poorly timed and will slow down the transition to zero-emission motoring.

“Confidence in electric vehicles and their running costs is fragile, so slashing the grants and eligibility criteria will put a brake on the fantastic market momentum we have seen in recent months. This will come as a particular blow for the commercial vehicle sector, where BVRLA members have been working so hard to drive uptake of electric vans and trucks. Coming just months before the COP 26 summit and as other countries are increasing their zero emission subsidies, this move could also have a big impact on the supply of electric vehicles coming into the UK.”