Planned OPEC oil production cut is ‘no cause to panic’, says RAC

The RAC has responded to news that the Organization of Petroleum Exporting Countries (OPEC) has reached an initial deal on limiting oil production, saying that there’s no need for motorists to panic. 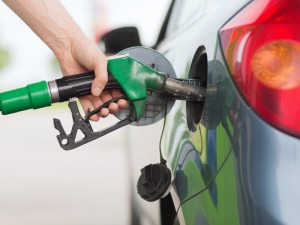 Following the news of the tentative deal between members, concerns have arisen as to whether the deal would materialise due to ongoing issue between members as well as scepticism over whether quotas would be stuck to. As a result oil prices have started to slip according to reports.

Responding to the announcement of the deal, RAC fuel spokesman Simon Williams said: “News that OPEC has agreed a preliminary deal to cut production marks a major move away from its long-term over-supply strategy. This has been aimed at trying to maintain its market share by thwarting the threat of US shale oil with a lower barrel price than its break-even production point.

“While the detail of the production curb is to be decided next month, it is well worth remembering that OPEC members often struggle to reach a consensus and that the low price strategy of the last two and a half years will be wasted if the barrel price goes above $55 and shale oil production kicks back in at full pace.

“From a motorists’ perspective we don’t feel there is cause to panic as, while pump prices may rise a little in the short-term from the current 112p a litre for petrol and 113p for diesel, we are very unlikely to see a return to the dark days of April 2012 when unleaded was 142p and diesel was 148p as a result of oil being well over $100 a barrel.

“With the oil price as of close of trading on Wednesday standing at $45 a barrel there is some way to go before motorists experience any major pain at the pumps, especially as the actual cost of the fuel only represents around a third of the pump price, with the lion’s share being made up of fuel duty and VAT.”

Previous: Government urged to take action on road safety as casualty reduction stalls
Next: Fewer drivers caught by police for mobile phone use