Honda UK has announced that Phil Webb, head of car, is to assume responsibility for the fleet sales operations team as Marc Samuel leaves the business. 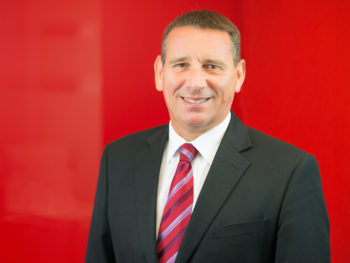 Samuel, who heads off in the coming months for “pastures new”, joined the business as fleet sales operations manager two years ago. The new role replaced the manager – corporate operations position previously held by Rob English – and then covered on an interim basis by Andy Shields as a consultant – with the role having been created to help shape Honda’s renewed focus on the corporate business sector, providing a more comprehensive basis for Honda’s fleet operations.

Samuel’s appointment included a remit to build on the relaunched Platinum Programme fleet dealer programme, which aims to build closer relationships with small fleet customers and user-choosers through its national dealer network. In a recent interview with Fleet World, Samuel said the programme was providing evolving levels of support for operators. The Platinum Programme is open to any fleet and ensures cars are provided for test or appraisal, rather than risk the potential of a dealership being unable to help. 48-hour test drives are possible on models further enhancing the availability for cars and allowing fleets to see in practice that the vehicles can work for them.

With Samuel at the helm, Honda has also rolled out several tools and a structure aimed at simplifying the fleet buying process, as well as providing after-sales support.

The company is also increasingly placing focus on an electric future; reservations are now open for the Honda e electric supermini which starts first deliveries in spring 2020.

Phil Webb brings more than two decades of experience within Honda, starting his career within Honda Finance out in the field in 1997 before moving to Honda Motor Europe – UK in a number of roles, culminating in the head of car position in 2015.