HM Revenue and Customs has announced Advisory Fuel Rates from 1 December, bringing some changes for rates for LPG and diesel-fuelled vehicles but still no rate for plug-in hybrids despite ongoing calls. 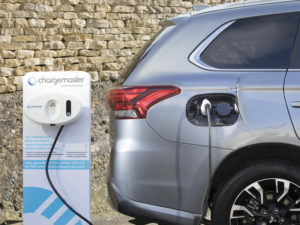 The new rates have been published a week after newly published data from TMC revealed many fleet plug-in hybrids use more fuel than diesels and some drivers never charge their cars at all. In response, ACFO has highlighted again how AFRs for PHEVs would help curb driver misuse.

The fleet operator association has been calling for a specific AFR rate for PHEVs for more than two years as it reports industry feedback of drivers returning leased cars and fleets facing early termination charges due to “poorer than anticipated MPG returns”, and it launched a petition on the subject in April to help drive the issue home.

Although HMRC did bow to pressure earlier this year for an Advisory Fuel Rate for 100% electric cars, which came into effect on 1 September 2018, it’s still stalling on PHEV rates – even though ACFO has already provided it with real-world mileage reimbursement figures for such vehicles.

The latest AFR figures see the Advisory Electricity Rate for fully electric cars remain at 4ppm while AFRs for petrol remain the same. However, there are 1ppm increases for small and midsize LPG-engined vehicles and a 2ppm increase for larger-engined LPG vehicles. Meanwhile diesel rates bring a 1ppm increase for engines over 2000cc.

The Advisory Electricity Rate for fully electric cars is 4 pence per mile.