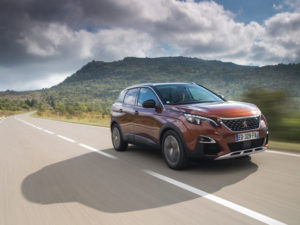 Announced at the Geneva Motor Show, the Peugeot 3008 was awarded the title by a judging panel of 58 journalists from 22 countries after scoring 319 points. Second place went to the Alfa Romeo Giulia (296 points) with the Mercedes E-Class (197 points) in third.