Petrol models have dominated the list of the UK’s top-selling used cars during 2019, according to data from Indicata UK. 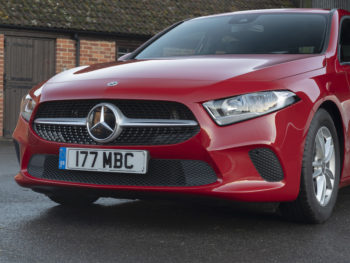 The firm says its monthly fastest-selling used car data report shows how petrol cars have become the ‘go-to’ fuel type for used buyers since the start of the year, with the top spot taken up by petrol models every month so far in 2019 (see table below).

However, while SUVs have also dominated used buyer choices, the latest Autorola list shows that the Mercedes-Benz A-Class hatchback disrupted the trend in July.

July also marked the first time average used prices have exceeded £20,000 this year, with sold stock volumes also reaching their second highest level during the past seven months at 97,170. However, despite the buoyancy of the market, the impact of the ‘holiday season’ has seen average dealer stocking days increase sharply and hit their second highest during 2019 of 47 days.

Neil Gilligan, national business development manager, Indicata UK said: “The market will settle back into its usual ‘post-holiday’ rhythm in late September however the continued impact of political instability in light of Brexit is likely to have an impact, particularly the new market – the true extent of which is yet to be realised.”