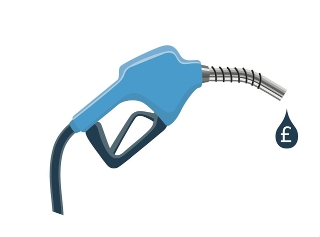 Petrol sales fell 10% in March to a record low of 1.31bn litres following a 4% growth in February when drivers took advantage of prices 22p a litre lower than the year before.

Sales of diesel also dropped by 7% from the bumper February figures to 2.26bn litres making for a combined 8% dip in fuel sales in March with 3.57bn litres. While not as low January (3.48bn litres) it is the next lowest figure recorded since January 2014 when just 3.49bn litres were used by drivers.

During March petrol prices increased 3p a litre despite only a penny being added to the wholesale price; but were still on average 18p a litre cheaper than March 2014. However, petrol sales in March were 4% down compared to the same month last year while diesel was only down 1%.

Diesel went up by nearly 2p a litre despite the wholesale price going down 2p a litre. The price of a barrel of crude also dropped $7 while the pound weakened very slightly against the fuel-trading dollar undermining the oil price reduction.

Commenting on the figures, RAC fuel spokesman Simon Williams said: “Fuel usage statistics from February clearly demonstrated increased vehicle use from both petrol and diesel drivers, but these figures show this has been reversed.

“March is traditionally one of the lowest months of the year for petrol consumption, as a result of families using their cars less ahead of greater use in the Easter holidays. This March, however, has seen the lowest petrol sales in 25 years, no doubt driven by rising pump prices. Diesel sales are, of course, always buoyed by the fact lorries, vans, buses and many company cars are fuelled by it.

“The decline in petrol sales has been apparent for several years as motorists switched to diesel for better fuel economy and lower carbon dioxide emissions. Diesel fuel sales overtook petrol sales in 2007 (diesel 25.5bn v petrol 24bn litres) and have continued to grow to 27.9bn litres in 2014 in contrast to just 17.6bn litres of petrol.”

Previous: Silverstone Fleet Show is ‘most complete show ever’
Next: Hyundai reveals pricing & spec for new fleet-orientated i40