Residual values for petrol cars have seen a gradual uplift over the last year compared to their diesel counterparts, latest data from Glass’s suggests. 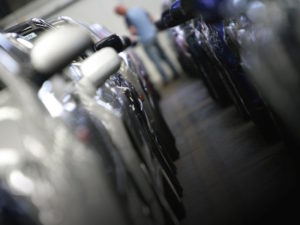 Glass’s says recent visits by its editors to car auctions across the country supports suggestions of increasing interest in petrol variants.

According to car editor Jonathan Brown, recent trade observation data gathered by Glass’s on five-year-old C-segment retail sales show that over the course of the last three months, petrol values have reduced on average by £199, whilst diesel has reduced by £286.

Glass’s Jonathan Brown said its data backs up comments made over the past few weeks at dealerships around the UK that more customers appear to be out looking for a petrol car than has been the case in the past couple of years, although he noted that a single month’s figures must be viewed with some caution and also noted that the fleet industry and other high-mileage end-users may be reluctant to move away from diesels in the short term due to the perceived additional cost in fuel of running a petrol model.

Previous: New 5 Series Touring goes on sale
Next: The Insider: Close for Comfort