The average price of petrol rose for the second month in row in March with the possibility of further rises in the coming weeks. 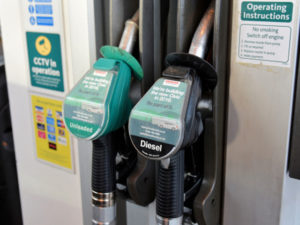 Petrol prices rose for a second consecutive month in March

The increase in the wholesale cost of petrol, which equated to 6.5p in March, started to be passed on by the supermarket fuel retailers immediately. This led to a litre of supermarket petrol going up 1.7p in March to 118.59p and a litre of diesel rising 1.27p to 127.48p.

Commenting on the outlook for the coming weeks, RAC fuel spokesman Simon Williams said: “Throughout March the wholesale price of diesel was on average 6p a litre more than petrol. This gap has now closed which should hopefully bring some relief to drivers of diesel vehicles. If retailers play fair with motorists the price of the fuel should fall by around 3p a litre in the next fortnight whereas petrol looks like it’s set to rise further with at least a penny or two likely to go on in the coming weeks.”