December put an end to four months of falling petrol prices; the result of rising oil prices as the US and China started to cool their 17-month trade war. 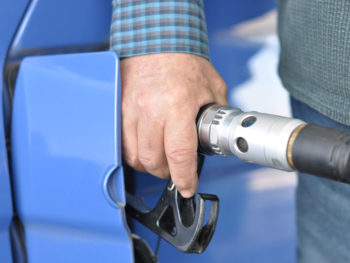 The supermarkets were quick to react to the rise in wholesale costs, putting up their forecourt prices just two weeks after a headline-grabbing mid-month cut to both petrol and diesel. Asda had led the way on 13 December by cutting 2p off a litre of unleaded, taking its pump price to 117.7p, and reducing diesel by a penny to 122.7p.

But by 29 December the supermarket had already increased its petrol price by 2.5p to 120.26p a litre. Its rivals also increased their unleaded prices and the average price of petrol at the big four supermarkets went up 0.24p to 121.48p a litre – 4.63p lower than the UK average (126.11p).

The same was true of diesel: having begun the month at 125.16p at the supermarkets, a litre of diesel closed out December at 126.02p – up 0.87p but still 4.59p below the UK average for all forecourts of 130.61p (up 0.75p on November). The rise in the average price of diesel is the first increase since September.

RAC fuel spokesman Simon Williams said: “This situation very clearly demonstrates how UK drivers are at the mercy of global oil production issues when it comes to filling up.

“As we embark on a new decade it is difficult to see that 2020 will be a good year for drivers in terms of fuel prices. As it stands we can’t see any reason for prices to come down significantly. Sadly, it seems more likely that there will be slight increases to contend with, unless of course there is a substantial jump in the value of the pound against the dollar or an unexpected drop in demand for oil.”