The cost of petrol fell in October after three consecutive months of increases but price rises look imminent, according to the RAC. 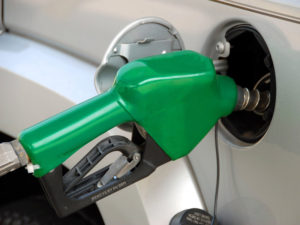 Although sterling remained comparatively strong against the dollar averaging $1.32 in October, the RAC said it’s unlikely to stop some pump price rises due to the rising cost of oil – last month saw the cost of a barrel of oil rise 9% to finish the month at $60.98.

RAC fuel spokesman Simon Williams said: “Inevitably, this increase will be passed on to motorists on the forecourt far more quickly than the cuts were made last month, but that is unfortunately the nature of ‘big’ fuel retailing: pass on wholesale rises quickly and cling on to savings for as long as possible. Motorists may yet be spared from large pump prices if the United States takes advantage of the higher oil price to bring more fracking rigs online as this will bring more product on to the market, no doubt easing the barrel price.”

The RAC also called on the chancellor to keep the fuel duty rate unchanged in the Budget later this month.