Used petrol cars sold faster than diesels in April, with the Hyundai Tucson and BMW 3 series topping the list of the fastest-selling used cars. 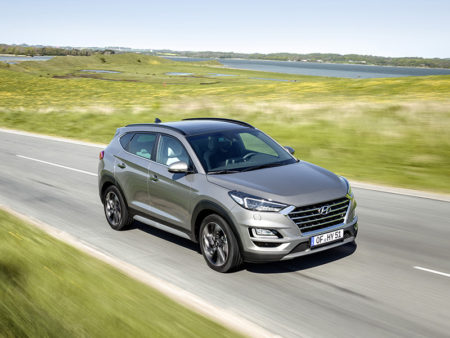 The Hyundai Tucson and BMW 3 Series were joint winners of April’s fastest selling used car accolade, both in petrol form

The data from Indicata shows that 70% of the top 10 fastest-selling used cars in April were petrol.

Neil Gilligan, national business development manager, Indicata UK explained: “April’s data serves to highlight the strength of the petrol market in April and signals one of the first months where diesel demand was outweighed by petrol.

“Average days to sell were also at their lowest since the turn of the year which reinforces the current strength of the used car market.”

The figures also show that the Hyundai Tucson petrol SUV and BMW 3 Series petrol saloon took an average of just 35 days to sell, making them the joint winners of April’s fastest selling used car accolade out of a total of 80,776 used cars on the Indicata system.

In joint second place were petrol versions of the Kia Sportage and Ford Focus which took an average of 39 days to sell. Third place went to the petrol Vauxhall Mokka and Ford EcoSport at 40 days.

SUVs continue to dominate, comprising 60% of the top 10 with the remainder hatchbacks, except for the BMW 3-Series.

Previous: New service to help fleets save up to 30% on maintenance costs
Next: New app uses police data to warn of accident hotspots