Petrol and diesel prices could dip as low as 86p, predicts RAC 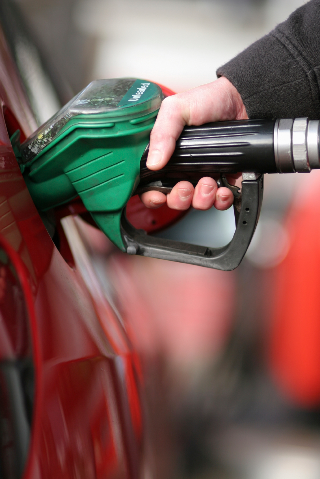 In a statement, the RAC explained that since the beginning of December, oil has tumbled by 30% from $43.26 to a 12-year low of $30.06 on 11 January, but unfortunately wholesale fuel prices have not reduced as much as they could have due to the pound weakening against the dollar by 4.5% over the same period.

RAC fuel spokesman, Simon Williams said: “With no apparent end in sight to the freefalling price of oil, motorists can expect some really low fuel prices in 2016. Breaking through the pound a litre price point for both petrol and diesel was clearly a welcome landmark, but it looks as though there is more to come.

“At the moment, however, we have a situation where retailers still need to pass on more wholesale price savings on diesel to motorists at the pump, as the wholesale price is still 3p a litre cheaper than that of petrol. We should really be seeing diesel priced several pence cheaper than petrol on every forecourt, to the point where the average price of diesel goes below that of petrol. In many areas of the UK the price of fuel is sadly far higher than it should be: we would urge every fuel retailer to price fuel on their forecourts so that it more fairly reflects wholesale prices.

“There is, however, a limit to how low prices can go as tax – fuel duty at 57.95p a litre and VAT on the total price, including fuel duty – make up the lion’s share of the price of a litre. Even if the fuel was given away and the retailers didn’t take a margin, the price of a litre would still be 70p.

“Every motorist should know that the tax-take at £1 a litre is 75%, and at 86p a litre it rises to a staggering 84%. Strangely, this means that VAT alone would be 14p, which would be more than the cost of the fuel and the retailer’s margin. Sadly, the Chancellor looks likely to put duty up in the Budget in March for the first time since January 2011,and we would urge him not to use lower fuel prices as an opportunity to extract even more tax from the motorist at the pumps” he added.

Currently, the average price of petrol in 102.5p and diesel is 103.21p: a reflection of the sub-£1 a litre fuel on supermarket forecourts as well as many other price-competitive retailers. However, RAC Fuel Watch data – which monitors the same information that retailers use – shows there is scope for a 5p reduction in the average forecourt price of diesel.

Simon Williams added: “Unfortunately, even though our Fuel Watch data predicts a large reduction in average diesel pump prices experience from the last month tells us that retailers are simply not passing on as much of the savings at the forecourt as they should. They have been using the savings in the wholesale cost of diesel to subsidise petrol prices, but for the sake of transparent fuel retailing, this needs to change and motorists should see another cut in the price of diesel.

“If retailers were to reduce the diesel price in line with the wholesale cost we should see the average price get very close to the £1 mark. We are concerned that too few drivers are benefitting from these incredibly low oil prices as many less competitive retailers are still selling fuel at far nearer to £1.10 a litre than £1.”