The Government is being urged to honour a commitment in its most recent road safety action plan to introduce tougher seatbelt laws. 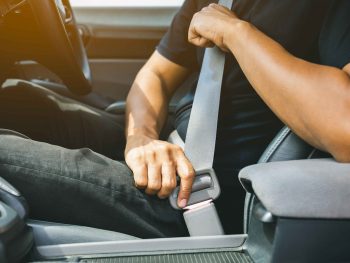 The call comes from road safety and breakdown organisation GEM Motoring Assist, which says such a move would have a dramatic effect on road safety.

In the road safety plans published in July 2019, the Government said it would explore issuing penalty points for those not wearing seatbelts in cars – as well as the current fine – as it would be the most obvious and direct way of saving lives in road crashes.

The offence has long been endorsable in Northern Ireland, where drivers who fail to ensure a child in a front or rear seat is not wearing a seatbelt also face points on their licence. However, these tougher sanctions do not apply in England, Scotland or Wales.

GEM chief executive Neil Worth commented: “Official figures show that despite compliance rates of 98.6% among car drivers, 27% of those killed in cars were not wearing a seat belt – amounting to more than 200 deaths.

“We have seen mobile phone penalties for drivers rise in recent years, and if seatbelt offences were dealt with in a similar way, we believe would see a significant and immediate reduction in the number of drivers and vehicle occupants killed and seriously injured on our roads.”

GEM has also lent its support to a forthcoming national seatbelt operation that will crack down on drivers and passengers not wearing seatbelts. Organised by the National Police Chiefs’ Council, the two-week campaign starts on 24 May and will ensure motorists are using their seatbelts and child restraints correctly and take action on offenders breaking the law.