A pay-per-mile road tax that would replace fuel duty and VED and encourage fleets to move from diesel to plug-in vehicles has scooped this year’s Wolfson Economics Prize. 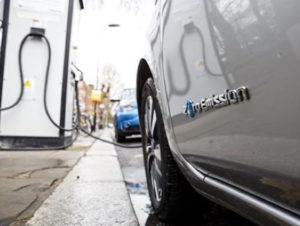 Under the proposal, tax would be collected through the insurance industry using mileages.

The proposal, submitted by graduate transport planner Gergely Raccuja, is based upon the idea of a single per-mile charge based on rates dependent on the vehicle’s weight and its tailpipe emissions.

This would see zero and low emission cars remain the most economical to run but there would be a charge for them in line with their mileage. Conversely diesels would be more expensive and as a result, the plan foresees that fleets would be heavily incentivised to switch to ULEVs.

Tax would be collected through the insurance industry, using mileages either reported by drivers or directly fed in via telematics, with vehicle mileages then cross referenced against MOTs. Drivers would also be incentivised to switch to telematics insurance policies by the removal of the Insurance Premium Tax (IPT) on such policies, making them 12% cheaper.

Overall benefits of the approach would include transparency – with drivers knowing their charge based on their odometer reading, while the charge would be easy to collect and hard to avoid.

And from the Government’s perspective, the new system would generate additional revenue as road traffic levels increase – reversing the growing loss to the Treasury from falling fuel duty – while drivers would benefit from 20% of the revenues being hived off to the Roads Fund for both motorways/major roads and local roads.

RAC Foundation’s Steve Gooding, who was involved in the winning entry, said: “Even if policy makers aren’t immediately persuaded by our arguments they know the clock is ticking for them to show they have got a plan that offers the country’s tens of millions of drivers a fair deal and keeps the country moving in increasingly challenging times.”

Other proposals submitted for the prize included from AA President Edmund King and his wife, the economist Deirdre King, who proposed the idea of Road Miles, where drivers benefit from at least 3,000 free Road Miles each year with a small charge thereafter, and adopt-a-highway naming rights to boost investment.