The Parliamentary Advisory Council for Transport Safety (PACTS) has called on all political parties to commit to an overhaul of road safety in the next Parliament. 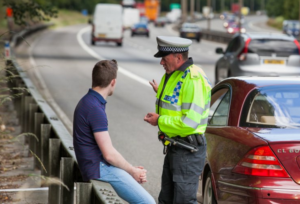 PACTS has called for more effective action to tackle inappropriate speed and drink-driving.

PACTS claims that the measures are necessary because after a period of rapid decline, the number of road deaths has remained unchanged in statistical terms since 2011.

The Council will publish three papers by experts on safer road users, safer roads and safer vehicles to advise on the current concerns and future issues.

PACTS is calling on all political parties to commit to:

“We need to raise our ambitions in the UK and start planning for a road system which does not tolerate death and serious injury as a routine occurrence,” commented David Davies, executive director of PACTS.

“This is how rail, shipping and aviation operates. It is also now the objective of Highways England which runs the trunk road network.

“There is currently a considerable focus on premature deaths from air pollution. We should remember deaths from road collisions are still the biggest killer of young people and the biggest risk to most of us in our daily lives. We need to bring together the agendas for safer and healthier cities.”